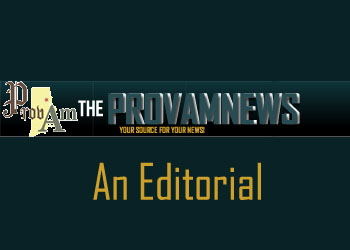 Don’t bug us, we are worshipping

Dear Editor,
During this ongoing epidemic the churches are performing somewhere between unevenly and quite badly. Some of the earliest and worst spreader events were at regular or annual-type meetings held almost to spite authorities.

Then, when stricter policies were enacted, churches cried First Amendment foul and even sued to be relieved of the large gathering guidelines they were subject to. They wanted to be treated like the God-favorite citizens it has always been clear to them they are.
This is a strange record for a western religious tradition linked heavily to high achievement in medicine, underscored by the personal public health leadership of figures like Moses, Jesus, and Muhammad.

Churches today refuse to let go of theology even for a minute in order to survey what they might learn from history, law, health science. In the very old days, before the teachings of the great prophets dried up like dew on a blade of grass, religion made an effort to encompass and explain everything: nature, nurture, and nations.

But gradually, as the world just got too complicated, the churches narrowed their purview down to a few things whose reality can be known (like love and kindness), and others whose reality is less obvious (like the efficacy of sacraments, the substance of miracles, and the society of the afterlife).

How is it, then, that we will ever banish ignorance and violence (and the bug), given that the state lacks ethics, and the church lacks science?